Here is the procedure to connect to your Affilae account via the Winamaz interface.

1/ Go to the “Affiliation” tab in Winamaz

2/ You will see 3 fields to complete instead of just two previously. Indeed, Affilae has implemented a new version of its API with a new connection mode. 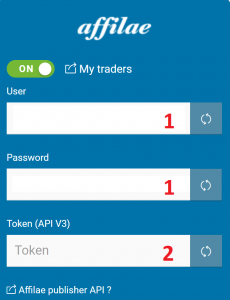 Field 1 (on the picture above) only concerns Winamaz users who had already set up Affilae before the 1.2.8.3 update of Winamaz.

For new Winamaz and/or Affilae users, only field 2 (Token on the picture above) should be completed. We also recommend that existing users complete the token field. Although the old id are working now, Affilae may later render them inoperable for connecting to the API.

2/ To find this token, go to your Affilae editor interface, click on My Account and then on API Keys

3/ Copy the token from Affilae 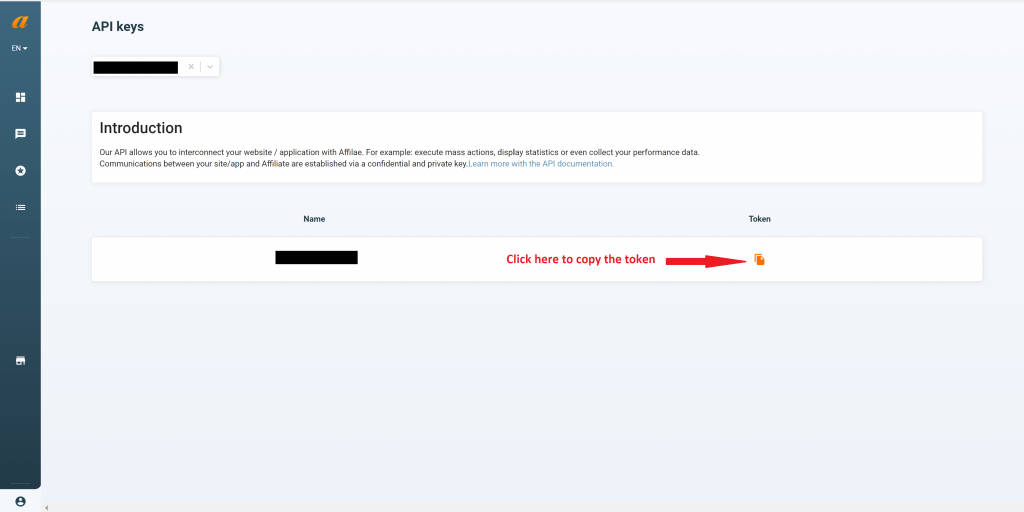 4/ Paste the token in the field provided on Winamaz (field 2 on the first picture).